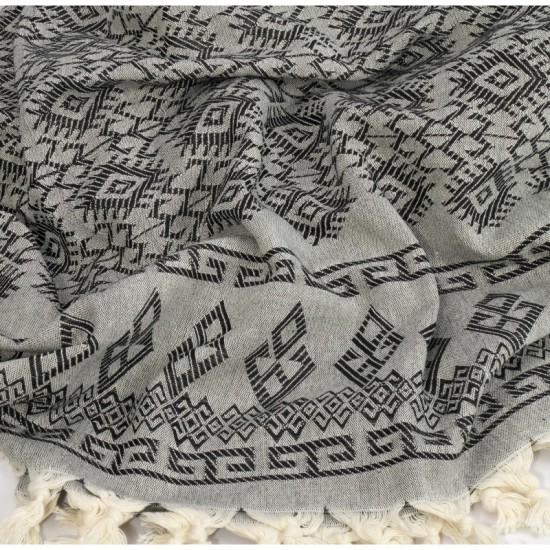 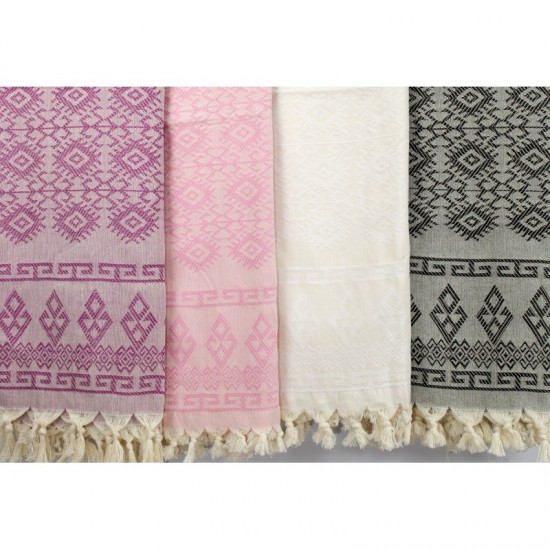 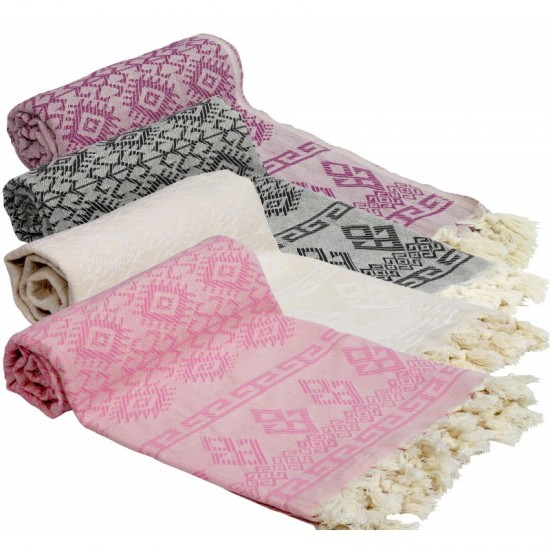 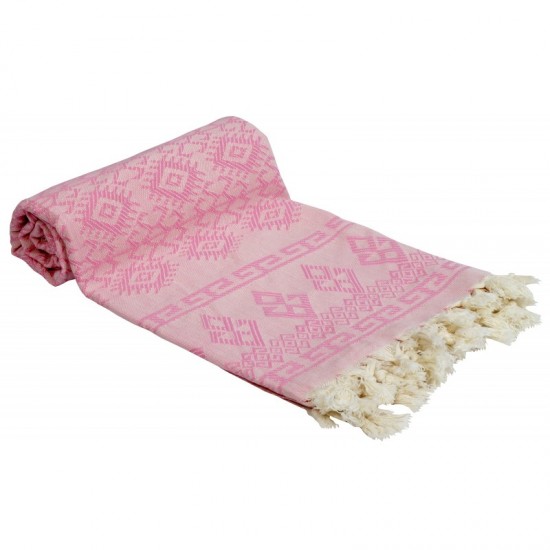 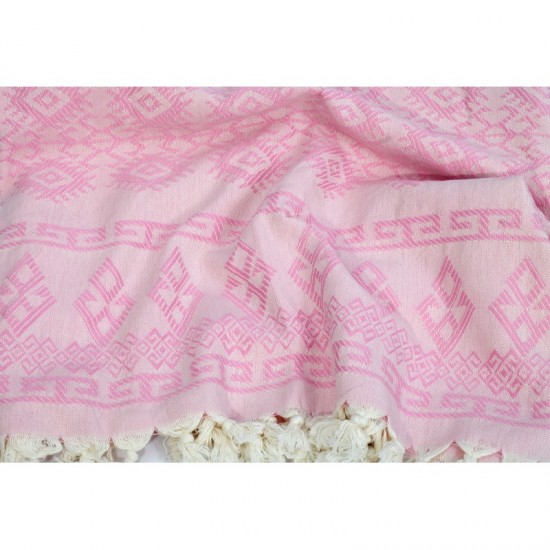 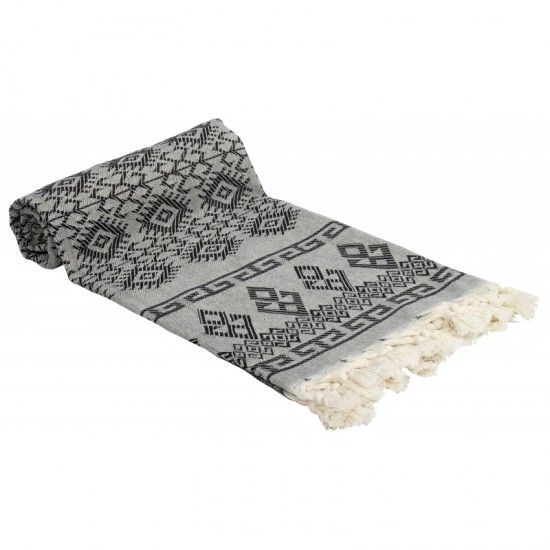 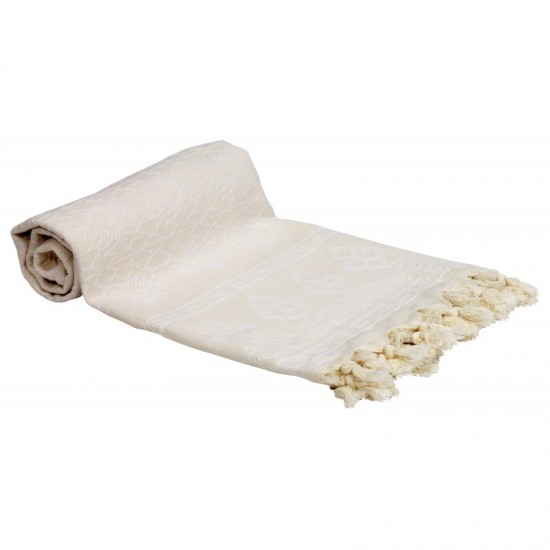 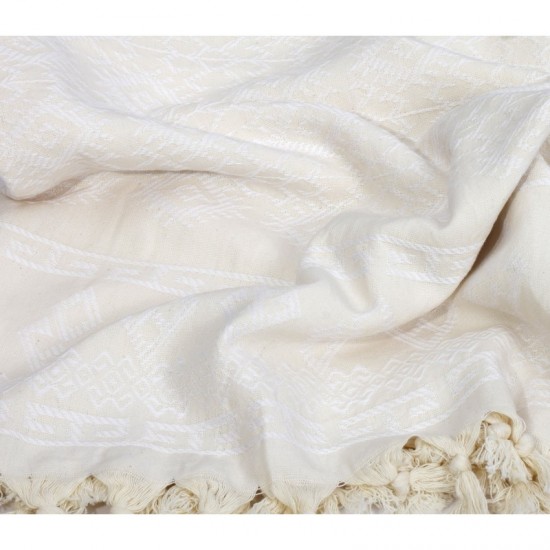 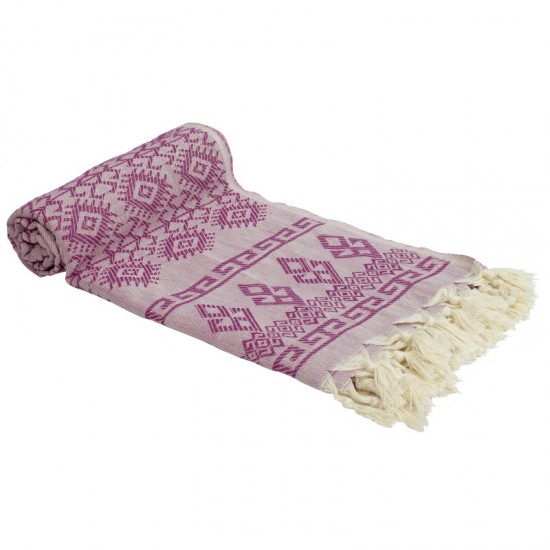 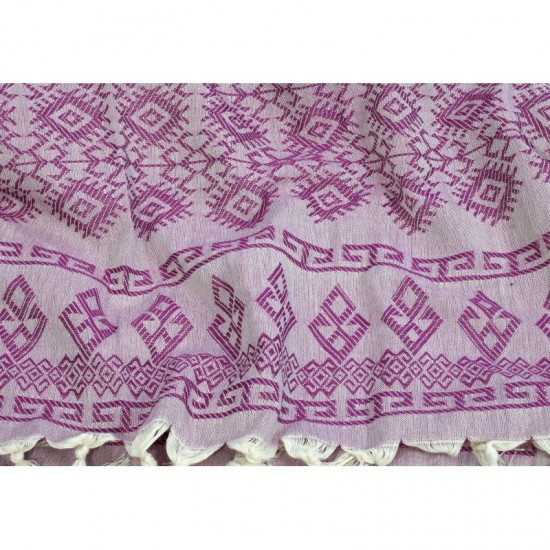 Here is a unique peshtemal woven of genuine Turkish cotton and adorned with traditional kilim patterns which originally used to be on the Turkish carpets. Kilim motifed peshtemal fouta is not just for the bath, if you want to create a different style in your home, it also can be used as seat cover, throw, tablecloth or picnic blanket as well as bath towel.