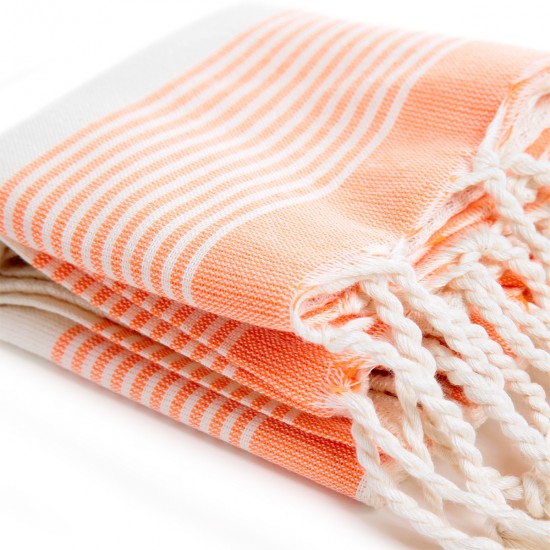 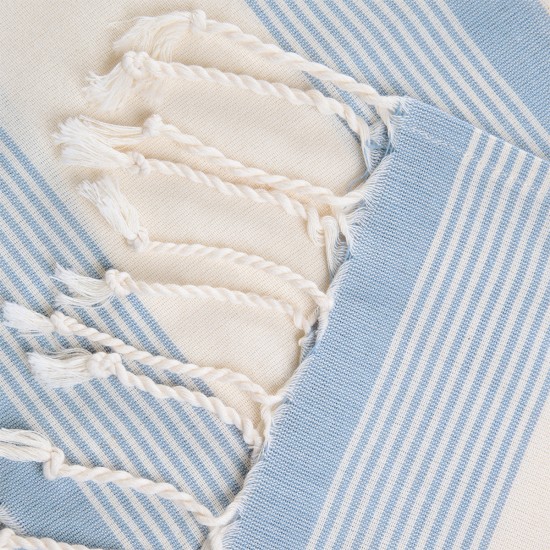 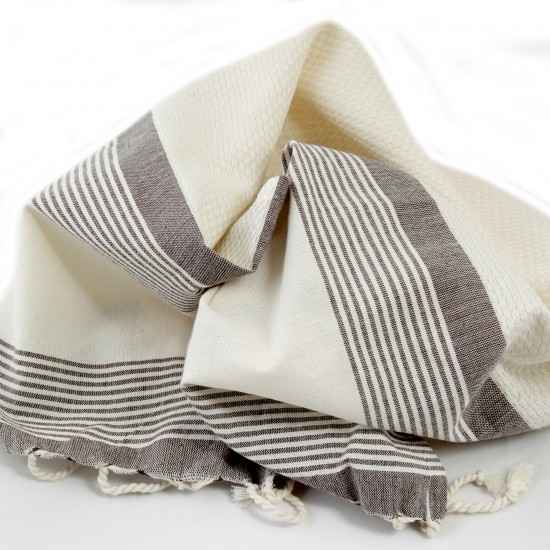 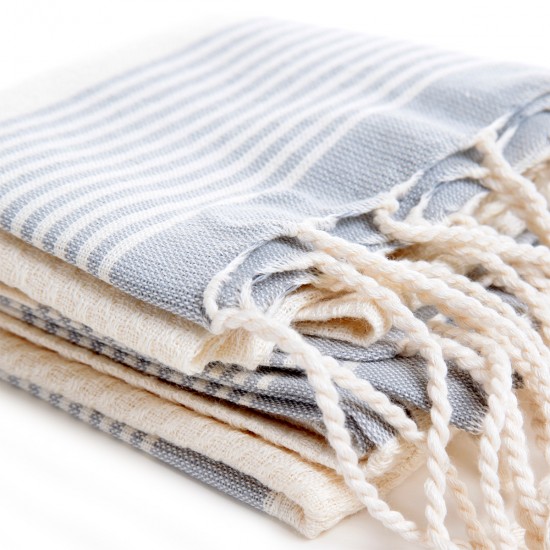 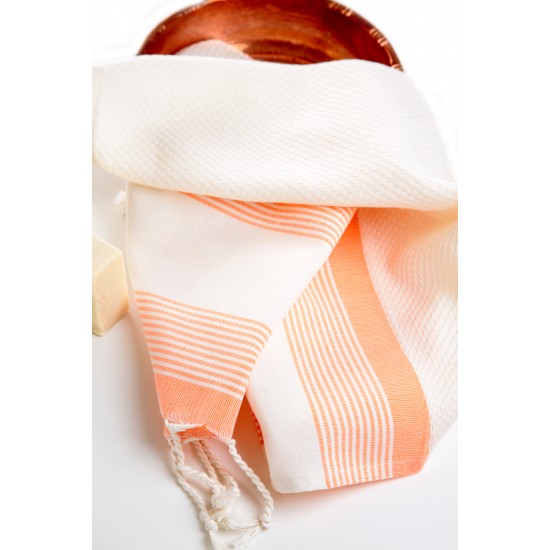 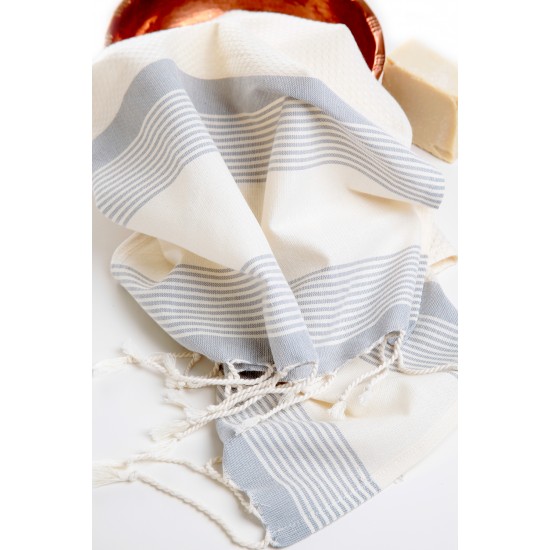 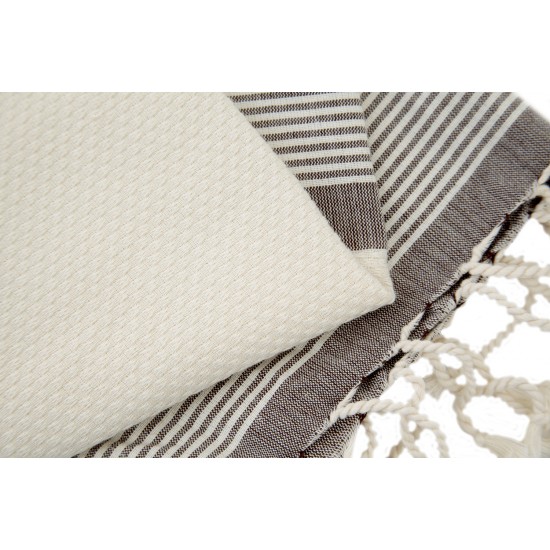 Turkish hair towel woven of 50 percent cotton and 50 percent bamboo. This hand pesthemal decorated with thin stripes on natural color. Hand and hair towel is natural, hygienic, highly permeable, antistatic, refractory, absorbent and does not irritate the skin due to being super soft. Suitable as a hand and face towel or can be used as towel for hair. 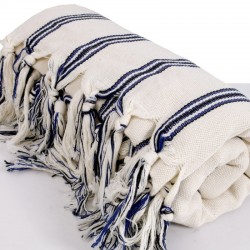 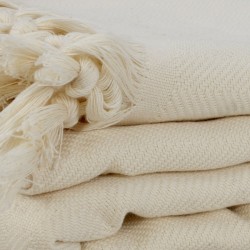 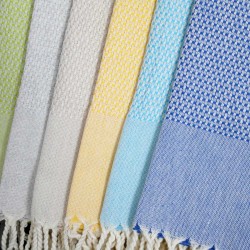 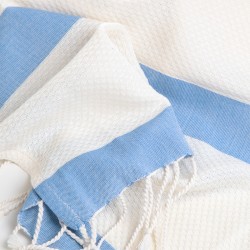